The Importance of Descaling

Scale can also be known as lime scale, calcium, or lime. It occurs when a build-up of mineral deposits in water form a noticeable white crust on the heating element.

In many areas, water quality is a significant problem affecting the efficient operation of an espresso machine. Given that water constitutes 98% of an espresso it is not surprising the water quality issue is something that must be addressed. Water quality relates to these three factors - particulate matter like sediment, chemicals such as chlorine, and naturally occurring elements.

Scale build up reduces the quality of espresso flavour. Once scale has formed in the boiler and pipe network, it can only be removed by the use of specific acidic descaling chemicals. 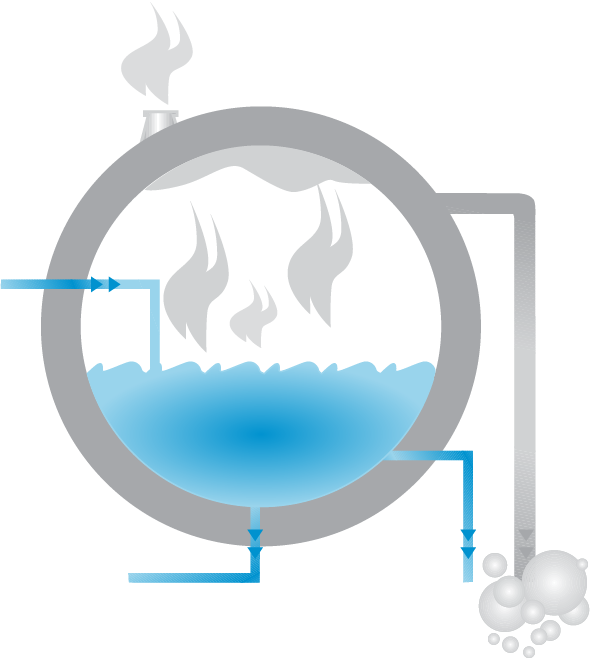 How does scale impact espresso?

Scale build-up in the boiler obstructs water from direct contact with the heat source, impairing the boilers ability to heat water effectively. When water is unable to reach the optimal brewing temperature the flavour of the beans cannot be properly extracted, leading to a colder, less flavourful espresso. Flaky particles of scale may also appear in your espresso, affecting espresso flavour.

When a scaled boiler is not heating water to the optimal brewing temperature, the crema is also impacted. Crema is the even layer of fine, golden foam that rests on top of an espresso shot and it’s seen as an important part of the espresso flavour and texture. A good crema is flavourful, foamy and lingers for around two minutes. A crema affected by scale will be thinner, less rich in colour and will dissipate much quicker.

Scale not only slows down the heating process, but increases the amount of energy required to heat the water in a machine. Scale build-up reduces water flow, forcing the pump to work harder and making coffee brewing a noisy experience. Eventually the build-up of scale can lead to blockages and machine breakdowns.

What is the difference between an espresso cleaner and a descaler?

Espresso machine cleaners are alkaline, therefore while they are effective removing coffee oils, they will have little impact on scale removal. The correct use of a descaler will remove the scale from the boiler and machine pipe work, providing you with a quality espresso.

We recommend descaling fortnightly, however if you use hard mains water without a softener or find a metallic flavour coming through in your coffee, frequent use is advised.

Interested? Have questions?
Speak to our team near you